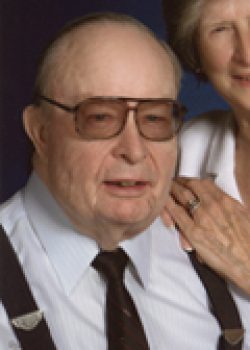 Clifford Eugene Keegan, 81, of Sweet Home passed away Thursday of a stroke at the Samaritan Evergreen Hospice House. He was born in Galesburg, Illinois to Clifford Andrew and Edna Susan (Higgins) Keegan.

He served in the United States Air Force from 1951 through 1955 and in the inactive reserves until 1960 achieving the rank of Staff Sergeant.

Clifford moved to Portland in 1960 and worked briefly in radiology, and then found more challenge and opportunity as an insurance agent. He sold life insurance for a time, and then purchased an Independent Insurance Agency. He later sold the agency and moved to San Diego to escape the rain in 1987. He taught Bible study classes in San Diego and in Sweet Home since his return to Oregon in 2001.

He was a member of the Elks and Lions Clubs and the National Rifle Association. His hobbies were boating, bowling, camping with family, reading, and apologetics.

He was preceded in death by his parents and his brother, Jack.