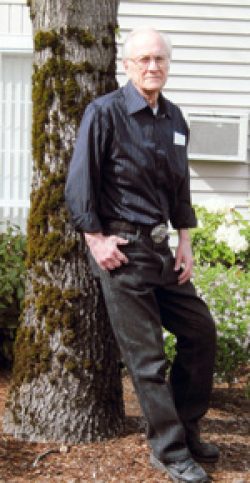 He graduated from Pleasant Grove High School in Dallas, Texas. Right out of high school, Clarence enlisted in the United States Navy in May of 1949. He served during the Korean and Vietnam wars. Clarence was a Senior Chief Petty Officer and served for over 20 years. He was Honorably Discharged in Millington, Tennessee in March 1971.

During his military service, Clarence married Betty Woten on September 8, 1953 in Seattle, Washington. They were married 20 years. Betty passed away in 2000. He married Dorothy Mae Carter on November 25, 1987 in Dallas, Texas.

After his military service, Clarence opened his own drivers training school that he ran several years. He became a bus driver for Dallas Transit, D.A.R.T. and worked there for ten years before he retired in 1991.

Clarence was a member of Church Of Christ and the American Legion in Lebanon.

He enjoyed working in his yard, fishing, and photography. Clarence played guitar in his own band in Dallas, Texas named “High Noon.” He loved singing and recording and performing, mostly country western music at county fairs for over 15 years.

We will miss you and you will sing in our hearts forever.