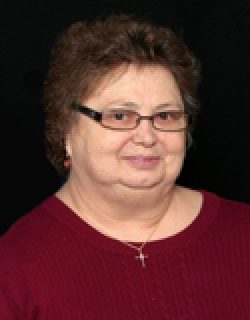 Contributions may be made in her name to the Autism Foundation or Doernbecher Children’s Hospital.

Carol Frances Clark, 64, of Sweet Home, Oregon passed away Wednesday, May 22, 2013. She was born in Redmond, Oregon to Edgar and Nora (Ipoc) Duncan. Carol was raised and schooled in Redmond and moved to Sweet Home in 1996.

Carol met the love of her life, Bert Clark, in high school. They married on October 9, 1966.

After high school, Carol worked in several nursing homes as an aide. She discovered a love for nursing and went to college to earn her LPN degree. She worked at Central Oregon District Hospital as a nurse for many years. She returned to college and earned a degree in medical records technology. She worked as a medical records manager at Bachelor Butte Nursing Home in Bend, Oregon for many years.

Carol was proud to be the wife of a USMC VietNam Veteran. She earned a Firstt Degree Black Belt of the American Taekwondo Association. She was an accomplished quilt maker. She was known as a wonderful cook.

Contributions may be made in her name to the Autism Foundation or Doernbecher Children’s Hospital.