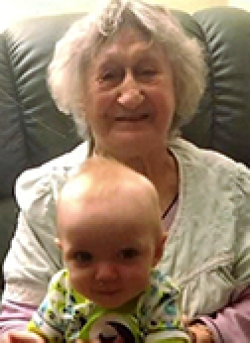 During WWII, Carmella worked in a factory building planes. She waitressed for fifteen years in Pennsylvania and New York followed by general housekeeping in Jamestown. The remainder of her work was as a CNA providing in-home care.

She received her driver’s license in her 60s and continued driving until 2007 when she was 86. She moved to Sweet Home to live with her son, William Mancuso, to spend her last couple of years near grandkids.

She was preceded in death by her son, Gary, and daughter, RoseMarie.