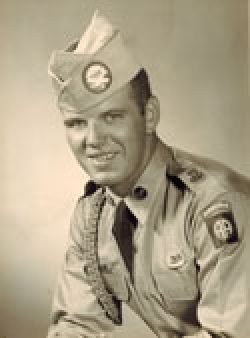 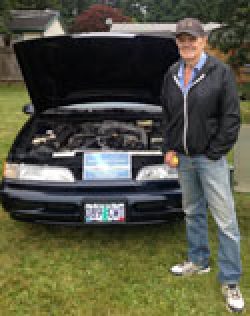 He served as a Paratrooper in the 82nd Division of the Army Airborne attached to the Green Berets. He later served as a Merchant Marine, including a term in Vietnam. He travelled the world as a Tugboat Engineer for Foss for many years, before moving to Lebanon in the late 60s where he owned and operated the Phillips 66 station. He was a Millright for Champion, Morse Brothers, and later Oregon Strandboard before retiring.

He was passionate about boxing, hot rods, racing, NASCAR, and restoring old cars. He also had a talent for mesmerizing just about every animal he came in contact with. He married Nancy West in 1966; they later divorced.

Buzz is survived by: son Gerald of Albany, OR; daughters Sheryl of Albany, OR, Brooke of Mesa, AZ, and Kelli of Lebanon; and three grandchildren. He later married Arlene Reppy, and they remained together for the next 35 years. She survives him, along with her children: Jim, Jeannie, Julie and Janet of Lebanon, OR. He is also survived by brothers: John and wife Wilma of Lapine, OR, Don of Lebanon, OR, Bill of Spokane, WA, and Leroy of Omak, WA. He is also survived by the entire Hiddleston family of Blue River, Oregon.

He was preceded in death by his parents, three sisters, and three brothers.

Buzz will be missed by everyone who knew him. He was gracious, funny, smart, generous, and animated, and told the best stories ever! We love you, Pal. Blue Skies!