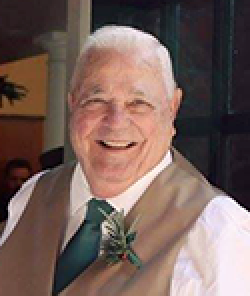 Bobbie Ray Bilyeu, 79, of Sweet Home passed away Thursday. he was born in Peggs, Okahoma to Ralph Benjamin and Flossie Fay (McCraw) Bilyeu.

His family moved to Freer, Texas soon after his birth, where Bobby spent his youth until the untimely death of his mother when he was 11, after which he lived in a Methodist orphanage before heading West for San Diego, California at age 17.

After graduating from Hoover High School, he married Gloria Kay Bilyeu and had three children.

Bob worked on the Spring Valley Fire Department, which became the San Miguel Fire Department. He worked for 29 years when he retired as Captain due to an injury he sustained on a fire. During his career, Bob saved many lives and helped many people who experienced trauma in the most critical moments of vulnerability. He loved his work as a fireman, and had a remarkable work-ethic and dedication to his career. Upon his retirement, Bob moved to Roseburg with his wife and granddaughter Shonna Rose Bilyeu (Bilyeu), who he had adopted when she was 13 days old and raised as his own daughter.

He had 21 acres on Happy Valley Road near Lookingglass outside of Roseburg where he raised cattle, chickens, turkeys, a large garden, and orchards. After a house fire in 1994, he built a beautiful new home on the property that remains there today.

In 2005, Bob moved with his companion Jean Linhart to Sweet Home, where he enjoyed the proximity to lakes and reservoirs and built many lasting friendships in the community.

Bob loved to fish, hunt, shoot, cook, and spend time telling stories with friends and family. He was entertaining hospital staff with stories of his hunting, fishing, and farming adventures in his last days.

On December 6, Bob passed away peacefully at Samaritan Evergreen Hospice House in Albany, surrounded and held by his daughter Brenda Morton, granddaughter Shonna Rose Barry, and granddaughter Julia Glover. Bob’s life left a huge impact on all who knew him, and he will be dearly missed. His memory and many stories of his life will be shared and treasured for generations.