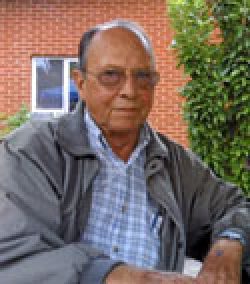 Bill Glenn Hubbard, 77, of Albany, Oregon passed away peacefully at home on Wednesday.

Bill was born in Arjay, Kentucky to Jim and Goldie Hubbard. Jim and Goldie moved with Bill and his older brother, Bob, to New Mexico and, later, to Oregon.

Bill attended school in Albany and graduated from Albany Union High School in 1955. In October of that year, he joined the Marine Corps as a rifleman.

While home on leave, he met Marilyn Kay Bell. Bill and Kay were married on July 28, 1958. They were the proud parents of five children. They spent their early married years at Camp Pendleton, CA and at Camp HM Smith, Oahu, HI, where Bill was on the Marine Corps rifle team. He won many competitions and was proud of his accomplishments.They returned to Oregon after Bill received his honorable discharge.

He went back to school and received his associate’s degree in business management. He then went to work in insurance and vehicle sales.

Bill enjoyed the outdoors, camping and fishing with his family and traveling to the high deserts of eastern Oregon to target Jack Rabbits with his friends “PO WIDDO WASCALLS.”

Kay became disabled in 2008 and Bill was her caretaker until he became ill.

Bill is survived by: his wife, Kay; sons Jay of Albany, Mike and his wife, Niki, of Lebanon, and Sam of Shedd; daughters Debby of Lebanon, Glenda and her husband, Mark, of Lebanon; grandaughters Erika, Amanda, and Kierrah; great-grandchildren Carsyn and Ava; and brother Bob Hubbard of LaPine. And Turbo, too!

The family would like to thank Evergreen Hospice for their loving care. They would also like to thank the Lebanon Fire Department and especially Ray Fair for all of their kindness and help.

Dad is not yet in Heaven. He went to “Spirit Mountain” to wait for Mom.