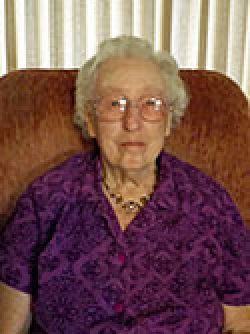 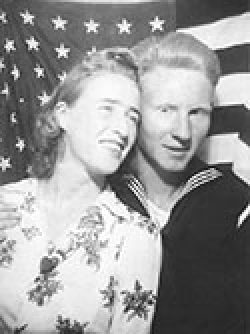 A private burial will take place at the Blodgett Cemetery. Memorial Contributions can be made to Love INC. or Gideons International.

Betty Jean Ellis, 95, of Philomath, Oregon passed away Wednesday, September 9, 2020. She was born in Eugene, the only daughter and youngest child of John Elroy and Sadie (Esch) Kropf.

Betty’s family moved often from farm to farm where they worked as sharecroppers until they were able to purchase their own farm at the southeast corner of Philomath Blvd. and 53rd Street. Betty attended Lincoln, Mt. Union, and Corvallis High schools. She married Marvin C. Ellis in Portland on May 3rd, 1944, while he was serving in the U.S. Navy. She lived in San Fransico, CA and Bremerton, WA to be near her sweetheart when the U.S.S. Iowa docked for repairs. After the war, Betty and Marvin built their home across the highway from her family home. There, they welcomed three children into their family: Robert in 1949; Richard in 1952; and Patricia in 1957. In 1959, they moved to Philomath and completed their family, adding Gary in 1960.

Betty and Marvin enjoyed traveling. They made it to all 50 states and especially loved wintering in Yuma, AZ. Betty was a HOMEMAKER! She devoted her life to caring for and loving her family. Reminding her children often, “Do unto others as you would have them do unto you.”

Betty started attending the United Brethren Church in Philomath in 1942 (which became the Evangelical United Brethren, and now the College United Methodist), of which she was a faithful member. She was also a member of the Homebuilder Sunday School Class. You could always find her crocheting while relaxing, taking great pride in teaching granddaughters her hobby. She loved playing games with her grandchildren and was the Rummikub Queen. Music was a very important part of her life, tapping her feet to the beat until the last few days. She suffered various afflictions in her elder years, never complaining, forging on with quiet faith.

Betty and Marvin were married 68-1/2 years. She lived in her Philomath home until called to her heavenly one.

A private burial will take place at the Blodgett Cemetery. Memorial Contributions can be made to Love INC. or Gideons International.