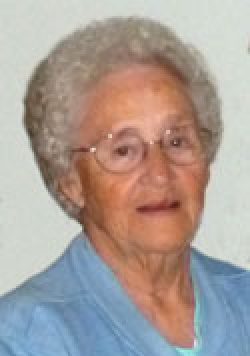 A celebration of life is planned for March 28, 2015 at the Lyman Fire Hall in Lyman, WA.

Bertha Pauline Wyatt went home to be with her Lord, Jesus, Friday, December 19, 2014 in Corvallis, OR at the age of 82 years old. Pauline was born in Sylva, NC to Albert and Rachel (Shuler) Blanton. When she was a teenager the family moved to the northwest and settled in the Hamilton, WA area.

Pauline had a fabulous work ethic that never left her. She was heard often talking about the jobs she had working in the fields as a young lady. There was never an idle moment in her life; she was always finding something to keep her busy.

Pauline married Ernest Wyatt on July 2, 1949 and from their lives together they had five children. The family lived in the Concrete, WA and the Marysville, WA areas during a major portion of the children’s growing up years. Then, in December, 1973, they moved to the small town of White Swan in Central Washington. It was there that Pauline began working at The White Swan Trading Post and continued working there for many years until her failing eyesight forced her to retire at the age of 75. She loved the people she came in contact with on a daily basis at that little store; those relationships were priceless to her.

Pauline had and was a beautiful soul. She was fun loving and caring and loved spending time with her family and friends. She never met someone she couldn’t say “hello” to. She possessed a sharp sense of humor and she loved to laugh. She loved her annual family gatherings in Conconully, WA, where the family would come together for a week to relax, sing Gospel songs together, and enjoy each other’s company.

Pauline’s love for life will always be remembered and she will be missed by all that knew her.

A celebration of life is planned for March 28, 2015 at the Lyman Fire Hall in Lyman, WA.