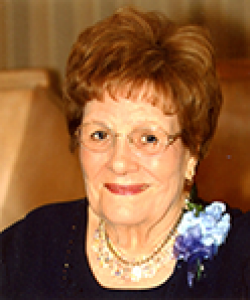 Memorial service will be 11:00 am Saturday February 22, 2020 at Zion Lutheran Church in Corvallis.

Her family lived on a hundred acre farm near the intersection of Poor Farm Road and Winter Road (Hwy 34). She was the third child born to Oscar and Emma Ehrlich, joining a big brother who was five years older, Erwin; and a sister, Alvena, who was four years older.

Her mother’s parents had moved to the Northwest from Nebraska, settling in Prosser, Washington, but they soon moved to Albany, Oregon. Albany was the closest community with a Lutheran Missouri Synod church which they deemed essential for catechizing and confirming Emma’s younger brother.

Oscar, Arlene’s father, courted Emma (Marquardt), but was informed by her parents that they would not allow their daughter to marry a man who did not own property. Therefore Oscar purchased farm property on the Calapooia River adjacent to Hwy 34. It was here Arlene grew up, helping her parents and sibling as they fed livestock, raised chickens and harvested hay and grass seed.

During the Great Depression, the family supplemented their income by raising thousands of chickens. Arlene remembered, as a little girl, she was tasked with turning the eggs in the incubators. Her father also served the local farmers as the go-to-mechanic. Grit got the family through the hard times, allowing them to keep the farm, as many nearby farms succumbed to foreclosure. Emma gave praise to God for blessing their efforts.

Arlene attended high school at Albany Union High School. Being no wallflower, Arlene, at age fourteen, drove her coterie of friends around in her convertible second hand Dodge that her father had rebuilt for her, and which she had painted blue and gold, her high school colors. Graduating from high school she immediately went to work in downtown Albany for J.C. Penney.

Arlene met her future husband, Pastor Norbert Heins, while he attended Immanuel Lutheran Church, Arlene’s family’s home congregation. Pastor Heins served as counselor to church’s Walther League, a synodical wide organization for young adults in most congregations in the 1940’s to the 1960’s. Pastor Heins was a recent graduate of St. Louis Seminary, but in the early War years no calls were issued for newly graduated seminarians. Norbert located to albany to be near his brother Ralph. He started the Heins Honey Company with brother, Ralph. The company became a well known successful business in the Northwest.

In 1940, Norbert received a Synodical Call to the Seattle area to plant new churches in the fast growing suburbs, as returning service personnel began to settle in the area in great numbers. One year later, in 1941, he and Arlene were married at Immanuel by brother Ralph.

A few years later a similar Call was extended by Synod to Pastor Heins to start new congregations on the southern Oregon coast at Gold Beach, Reedsport, and MyrtlePoint. Besides raising five young children, Arlene taught Sunday School, directed Vacation Bible School and served leadership roles in the Lutheran Women’s Missionary League. As the children grew older she again returned to work as a retail clerk for J.C. Penney in Coquille.

The family moved to Philomath, where Norbert received a Call to Peace Lutheran Church in 1960. Arlene began work at J.C. Penney at the head desk at Corvallis.

In 1987, Norbert and Arlene joined Priscilla, their daughter, and her husband, Michael, to build the Albany-Corvallis KOA, on the property of the family farm.

Arlene felt especially blessed that all of her children, and their spouses were active members in their respective congregations. All were married by Norbert. He also baptized and confirmed all of his children.

Memorial service will be 11:00 am Saturday February 22, 2020 at Zion Lutheran Church in Corvallis.