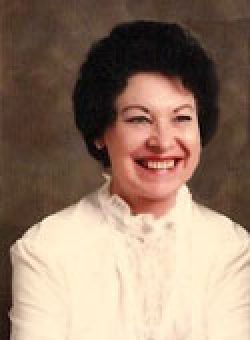 No services are planned at this time.

Anna came to Oregon from Oklahoma in 1954. Two years later, she and her husband, Roy, moved to Sacramento, California where their daughter, Janie, was born. The family moved back to Sweet Home for a year before returning to live 20 years in Sacramento, finally returning to Sweet Home to live the rest of their lives.

Anna was a Christian and always liked listening to readings from the Bible. Anna was a homemaker. She loved to work in her yard and enjoyed swimming and fishing in her youth. One of her favorite things was watching cowboy movies.

No services are planned at this time.