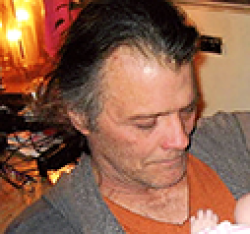 Contributions of any amount to help the family with final expenses can be made by contacting Sweet Home Funeral Chapel.

Harold Eugene Turner, 64, of Sweet Home, Oregon passed away Friday, May 18. He was born in Omaha, Nebraska to Frances Jane (Reed) Turner.

He spent most of his early adulthood between California and Arizona before moving to Washington in early 1995 until 2010. He finally settled in Sweet Home in 2012, calling it home until he was called to heaven.

Harold worked various jobs through out his lifetime. However, the one he enjoyed the most was that of a semi diesel truck driver. It was then that he enjoyed the open road and saw sites from California all the way to New Jersey.

Since his early years, he found a passion with vehicle mechanics. He was always there to lend a hand when it came to cars, thus forming friendships that lasted a lifetime. He also learned to be a kid again driving go carts and enjoying time with his grandchildren.

Harold is survived by his wife of 28 years, Beverly; his children Tabitha Zotti of Idleyld Park, Harold (Kari) Turner of Everett, Washington, Samantha (Benjamin) Pimentel of Sweet Home, Josh (Krishana) Turner of Pocatello, Idaho, and Eryk Miller of Portland; grandchildren Tessa (JJ. Baker) Pimentel of Lebanon, Carl, Emily Haney of Farmersville, Calfornia, Electra, Joylynn of Lebanon, Annabell, Ethan Turner of Pocatello, Idaho, Matthew Barker of Sweet Home; brother Lowell (Kaytlin) Turner of Sweet Home; many other cousins, nieces, and nephews; and great-granddaughter Neveah Baker whom he taught to blow raspberries. She may be young, but she will always be reminded of this once strong man who loved her with all his heart.

Contributions of any amount to help the family with final expenses can be made by contacting Sweet Home Funeral Chapel.