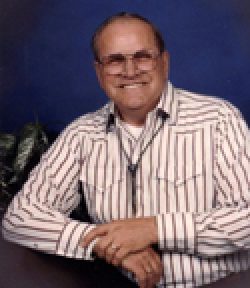 Contributions may be made in Gerald’s memory to Evergreen Hospice. A private memorial will be held at a future date.

Gerald W. Johnson, 84, of Lebanon passed away Sunday. He was born in Poplar, Minnesota to Jess and Ruth (Severance) Johnson.

Gerald served in the Air Force during the Korean War as a jet mechanic. He was raised in Minnesota until he was 19, and then he moved to Oregon. Gerald married Sarah in 1949 in Oregon. He worked as a machinist at Georgia Pacific until he retired in 1990.

Gerald loved to take his boat and go fishing. He enjoyed hunting. He was a family man. Gerald loved his family and they always came first.

He is survived by: his wife of 62 years, Sarah Johnson of Lebanon; daughters, Cindy Bickford and Doni Johnson, both of Lebanon; sisters, Ginny Wetherell of Roseburg and Betty Mitchell of Jefferson; brothers, John Johnson of Salem and Bill Johnson of Klamath Falls; two granddaughters and six great grandchildren. Gerald was preceded in death by his parents, Jess and Ruth Johnson, and his brothers, Vince Johnson and Cliff Johnson.

Contributions may be made in Gerald’s memory to Evergreen Hospice. A private memorial will be held at a future date.